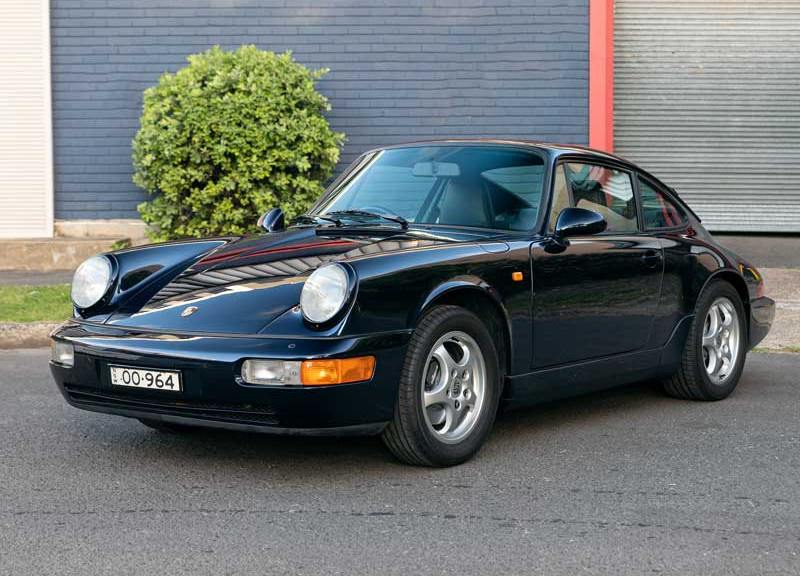 This 1993 Carrera 2 was built in August 1992 and complied in November 1992 and First delivered on the 8th December 1993 By Scuderia Veloce Motors Willoughby.
Finished in Midnight Blue Metallic (L37W) and complemented with Marine Blue (SW) interior makes for a very elegant car.
This 3 owner Carrera 2 can only be described as New, and having had a very Meticulous last owner who wanted to have a new/old car, this car has benefitted from an Engine rebuild by Marque specialist, New interior in correct Porsche leather and a Full ReSpray.
This is a unique opportunity to own an ever increasing in value Porsche that is 30 years old and Looks ,Smells and Drives like a new car.
Once in a lifetime, Do not miss out