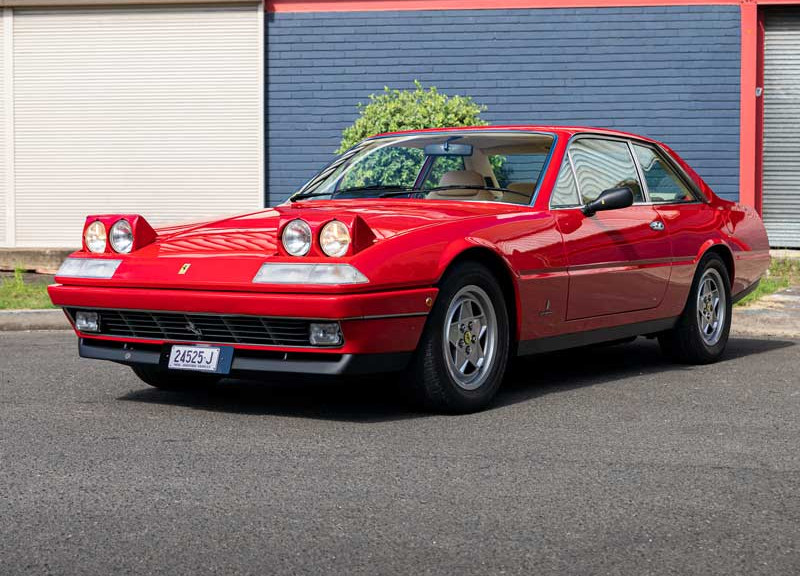 This immaculate 412GT was first delivered by Maranello Concessionaires in London UK on the 28th April 1989.
This car arrived in Australia sometime in the late 2000’s and has only had 2 owners since and is showing a genuine 26,100 miles.
The car was designed by Sergio Pinninfarina and the very last Ferrari to be equipped with the famous “Colombo” V12 engine. These cars were Hand Built.
This car has the ” Ferrari Classiche Certificate”
The car was awarded Platinum in the 2020 NSW Concours
These cars are rare, only 576 cars produced, 85 in RHD and of those only 24 in Manual.
The Last of the Grand Tourer 2 + 2 Series V12 engine in the front.
A Very Rare opportunity to own a Very Rare Ferrari.